The History, Oysters and the Best Restaurant in Mystic 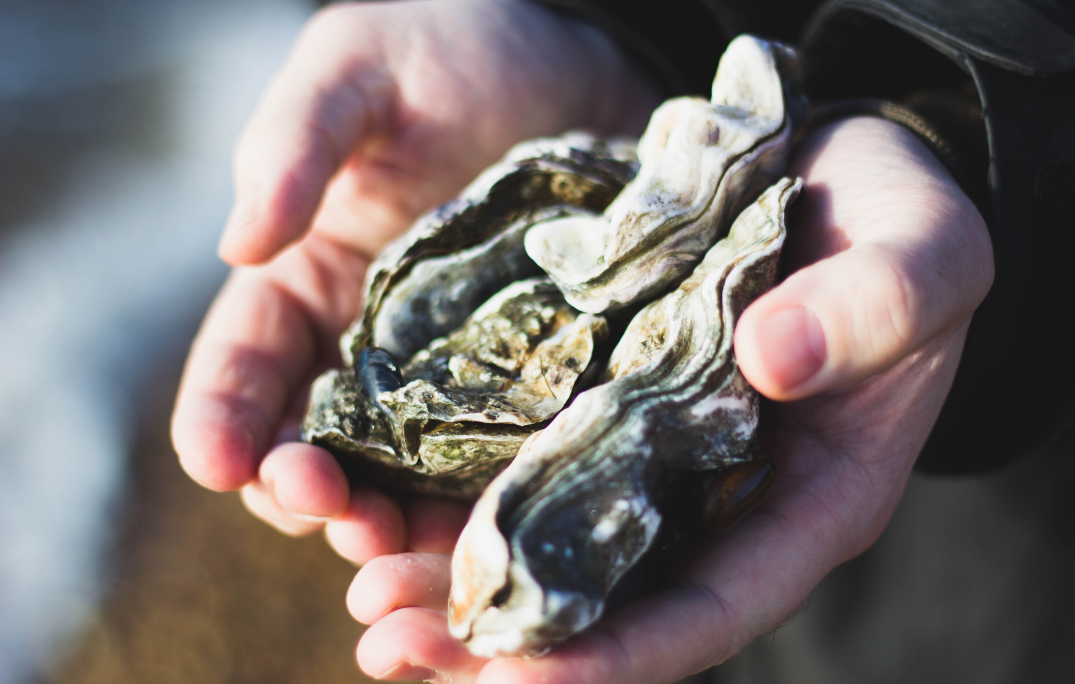 Mystic CT’s early days were just as charming as the present. Though Mystic wasn’t officially named “Mistick” until around eleven years after the first European settlers appeared in 1654, even the earliest inhabitants of the Mystic area could see the charm and appeal of the location. Mystic technically encompasses two towns, Stonington and Groton, but the river in the middle appropriately lends the area its name. The Native American tribe known as the Pequots had long referred to the location by the same name, which comes from their word “missi-tuk,” which accurately describes Mystic’s winding and wavy river.1

The English Burrows and Denison families settled Mystic. Robert Burrows took the side west of the river, and George Denison staked his claim on the east side. Several others later joined these initial settlers. These early locals focused mainly on farming, finding early success by clearing and selling lumber, and finally establishing livestock pastures and food crops on the cleared land.

After the first version of the Mystic Bridge was built in 1819, the area began to take full advantage of the wealth and food offered by the nearby ocean. The famous Mystic River empties just south of Mystic into the Block Island Sound, which opens to the greater Atlantic Ocean. The bridge allowed easy access to and from the shipyards that dotted the coast and brought further growth and prosperity.2 It was this proximity to and reliance upon the water that catapulted Mystic to its still-renowned status as a seaport, shipbuilding center, and major hub for fresh, delicious seafood.

Though Connecticut faced some difficulties over the years, oystering is a vitally important part of our past.

There is a reason that the Eastern oyster was named Connecticut’s state shellfish. Oysters grew so plentifully along our shores that the native inhabitants relied on them as a steady, nutritious food supply before Europeans even set foot on Mystic’s ground. Once news spread among fishers about the rich oyster supplies in the tidal rivers and bays along the coast, the toothpaste was not put back into the tube. Connecticut became a capital for oystering.

Unfortunately, overfishing decimated oyster populations by the early 18th century, necessitating the regulation of Connecticut oyster harvesting. Mystic’s historical records indicate that both towns of Stonington and Groton used to parcel out oyster grounds to reduce the impact of free-for-all oystering. By 1766, oyster laws were even stricter, but this still wasn’t enough to reverse the harm. By the late 18th century, most oysters sold in the state were imported from other places, such as New York and the Chesapeake Bay.

Happily, however, Mystic’s local oystermen did not give up. Groton colonists were responsible for some of the earliest attempts at oyster cultivation on the historical record. Cultivation of oyster beds began in the early 19th century and became a thriving industry by the century’s end. In 1911, Connecticut topped New York, Rhode Island, and Massachusetts with its production of almost 25 million pounds of oysters.3

The 20th century brought new challenges to oyster growers, from predators to economic depressions. Despite this, Connecticut aquaculture has survived, adapted, and innovated with the efforts of biologists and oyster farmers. Today, we can appreciate their efforts. Successful seafood restaurants have proliferated, and Connecticut oysters are famous for their taste and authenticity.

Thus, the delicious seafood is one of the best reasons to visit Mystic. Whether you’re here for fun, history, or finding the best restaurant in Mystic, we’re sure you’ll enjoy your stay.

Stop by The Best Restaurant in Mystic

Nowadays, visitors to Mystic come for the lovely coastal atmosphere and what it offers for recreation and fine dining. Some people come for the abundance of water sports, while others seek the best restaurant in Mystic. If you’re one of the latter, be sure to stop by Chapter One Food & Drink’s Mystic restaurant location to try our fresh oyster bar or mouthwatering entrees.

Johnny has held multiple positions at Chapter One Food & Drink in both the Mystic and Guilford locations. Now, as the General Manager at Chapter One, Johnny strives to have a strong and positive impact on his team and his local community. "Chapter One is unique as it has an uncanny intimacy, a home away from home feel that is calming and somewhat romantic. I absolutely adore this place." His attention to detail and his seamless demeanor allow him to orchestrate the vibe and tempo of the room. Johnny is hospitable to the highest degree, and he looks forward to celebrating many more 'Chapters' with the company to come.
View All Posts